Notes on Clitoral Embodiment and Criticism

Last weekend my dance-wife, Gabi and I performed our solo adaptations of our duet, The Dance Apocalypse side by side at JACK in Brooklyn. 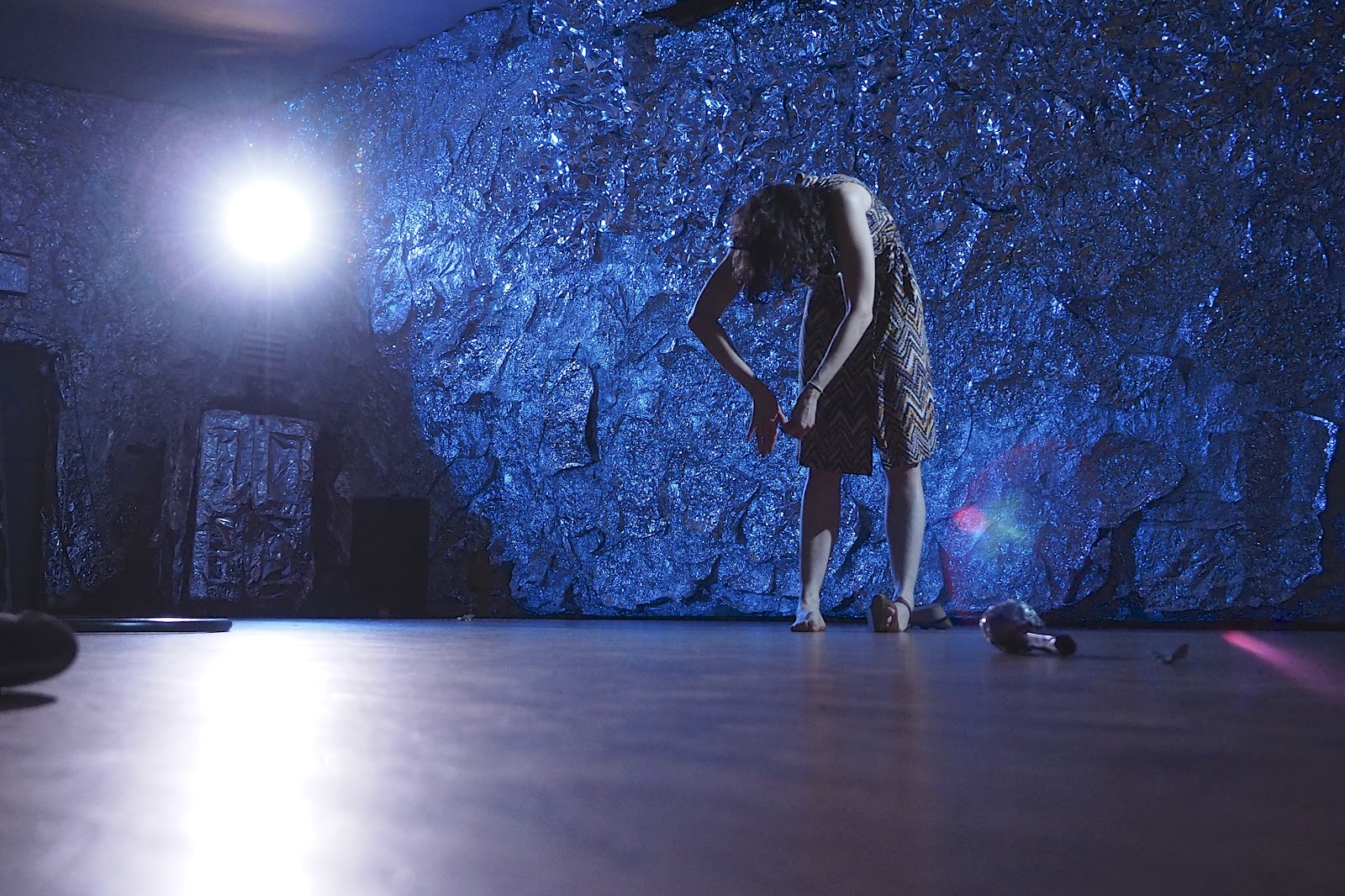 While the crowds were sparse on that Easter/Passover weekend, the critics came in throngs. Well, there were three critics. But receiving three reviews for a three night run at a venue with a capacity of 35 felt like we struck gold. 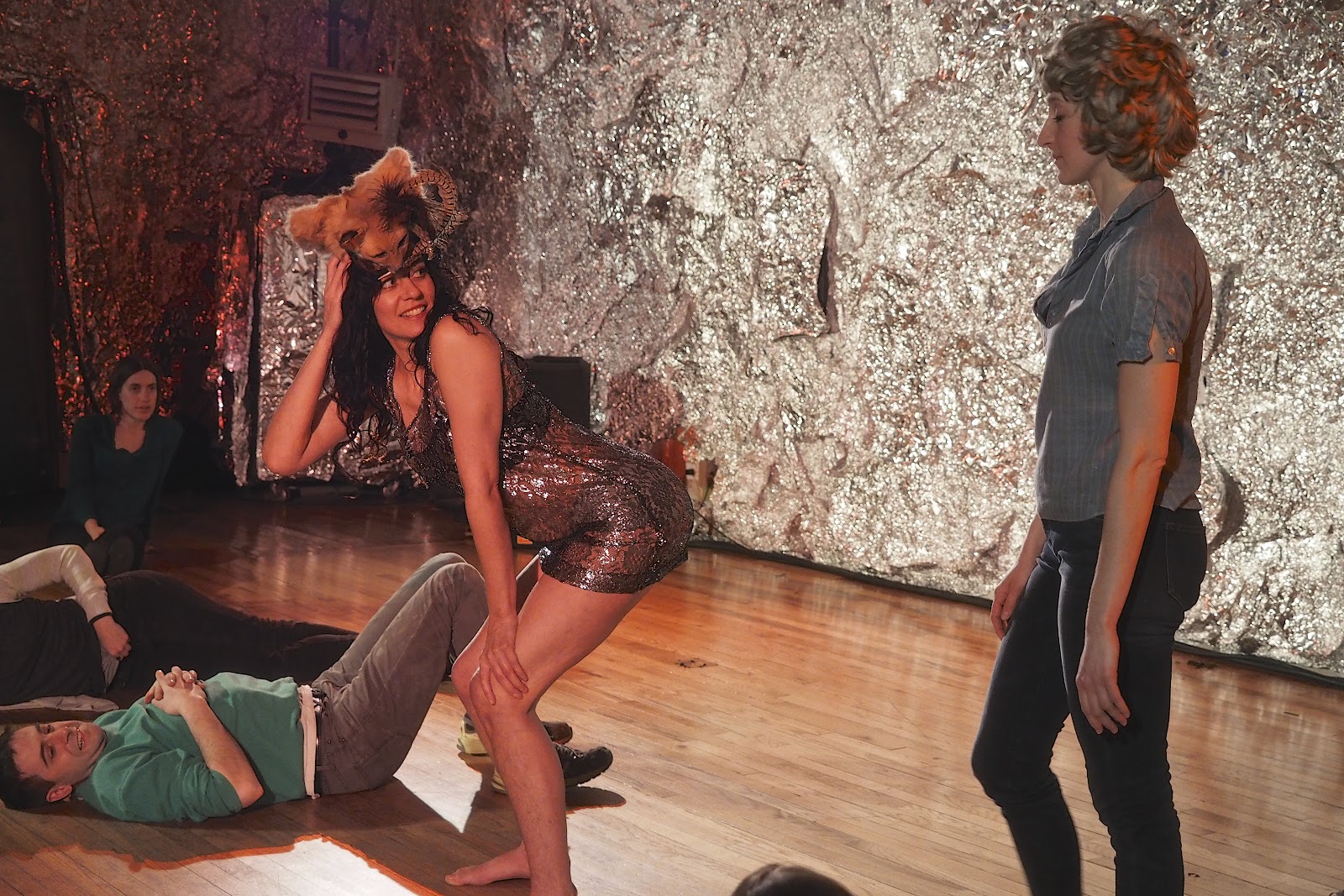 There’s no one objective truth about performance yet the audience and critical response to our work was so varied it seemed at if The Dance Apocalypse/Solos were existing in multiple parallel universes. One NYC-based choreographer told me that she found my Clitoral Embodiment class to be inviting and generous. Another left in the middle of it in a huff. 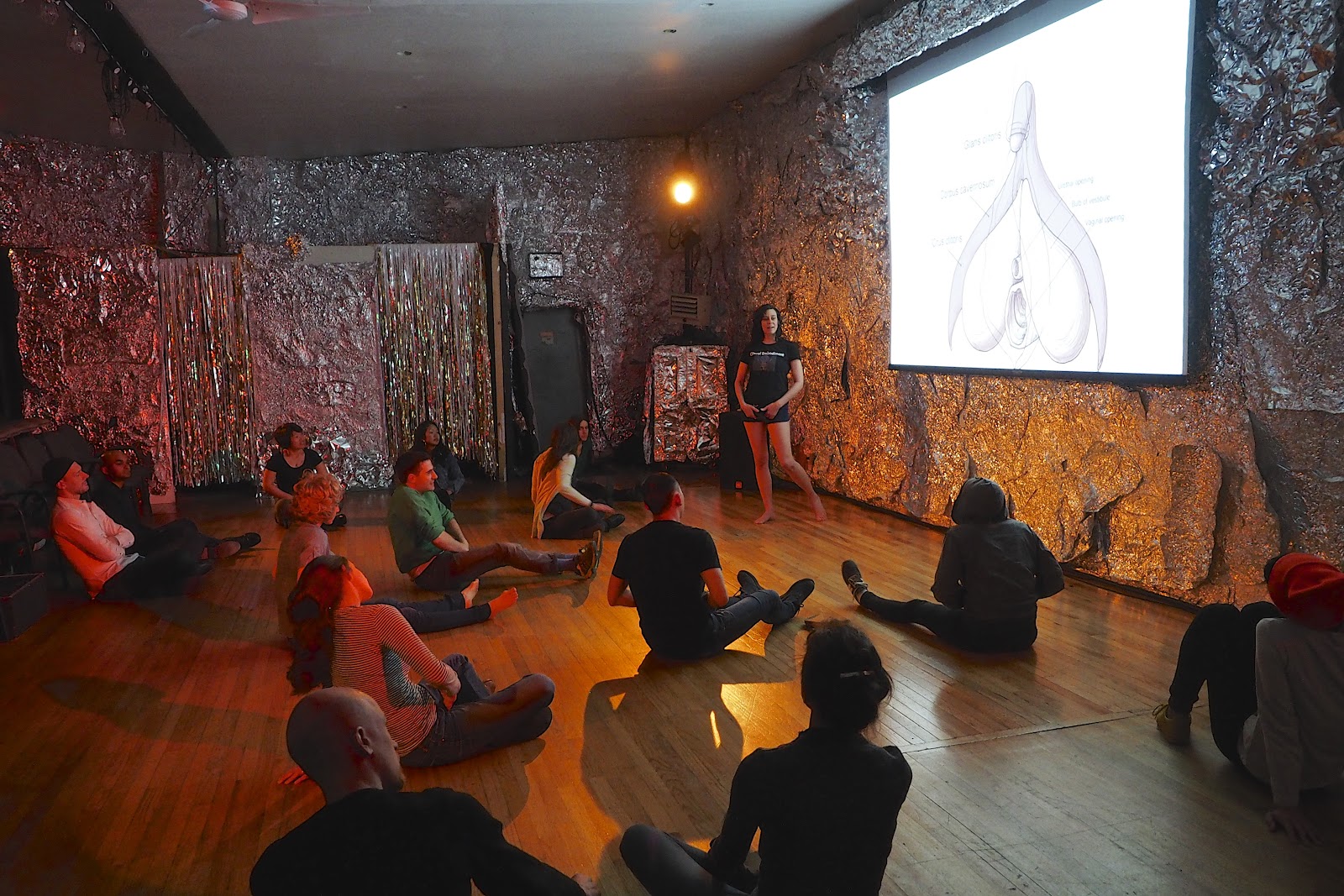 Katie Gaydos described Clitoral Embodiment as a “feminist meditation” in her Culturebot review, whereas Brian Seibert called it “dull” in the New York Times. Seibert described The Dance Apocalypse/Solos as a series of seemingly unrelated events “A parody of a fringe performance unraveling,” but Quinn Batson placed us in a context of Philadelphia based “awkwardly amazing women duos” in his OFFOFFOFF piece, saying there was an “intentional madness.” 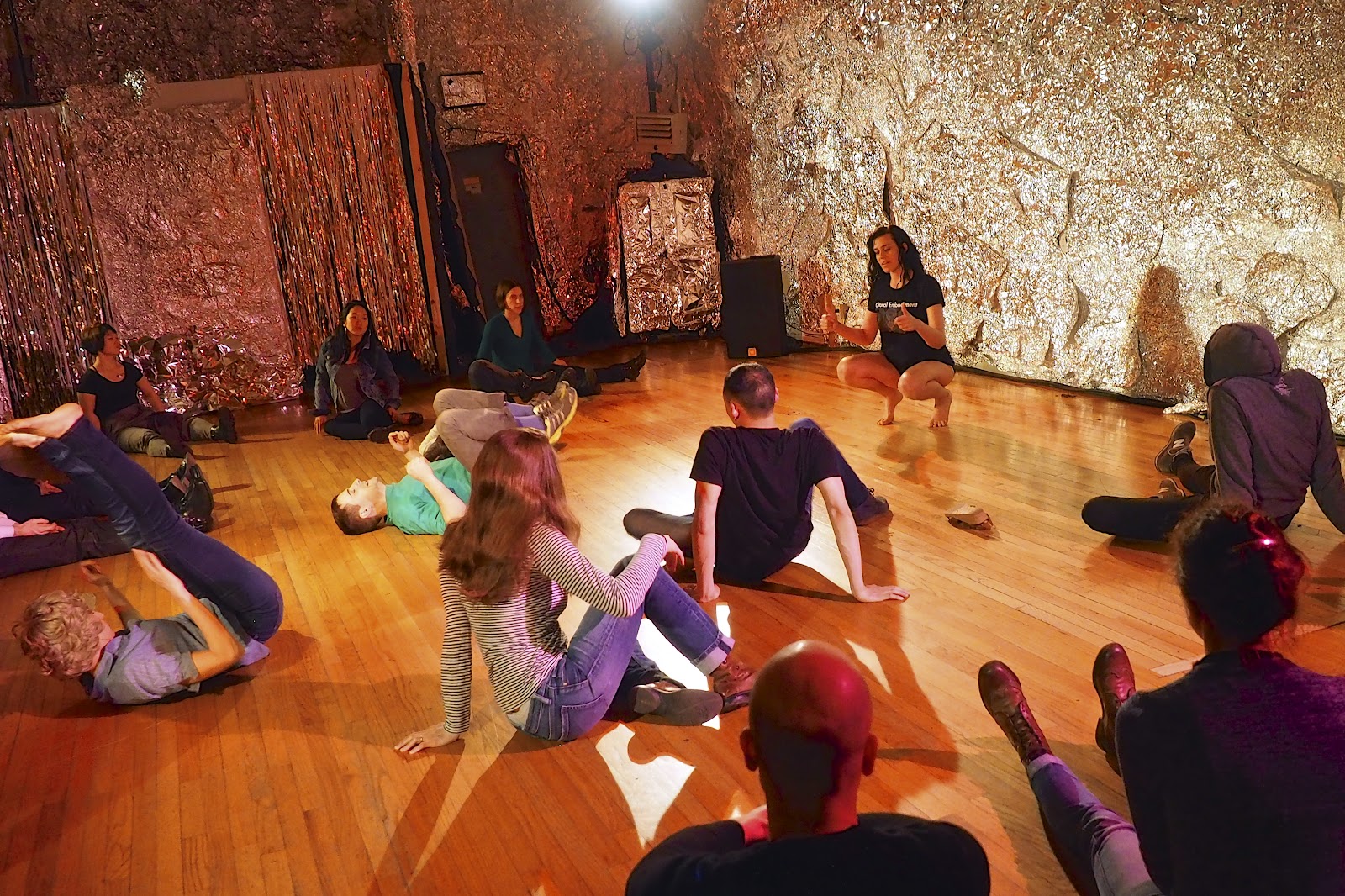 There are lot of panels convening this spring in NYC and Philly on the role of the critic. A panel next month at Gibney will discuss the question: “Do dance critics play a useful, integrated role within New York’s dance community?” An event last week at Vox Populi called The Cursed Blessing of the Philadelphia Art Writer posed the question to their panelists: “What role does art writing play in Philadelphia? Who writes and why do they do it?”

Also last week the New York Times dance writers, including Seibert came together at Barnard to discuss: “How do critics transform the experience of watching dance? What role do they play in the perception of women dancers and choreographers and in the discourse about gender? Do they make a difference in how people think?”

I did not attend the talk at Barnard, but I am very curious about what Seibert might have said about the role his writing plays in the discourse about gender. My goal in the Clitoral Embodiment class which is embedded in my solo performance is to invite the audience to embody the principles that I am moving from in my choreography. I want them to have a kinesthetic sense and empathy as they watch me later in the dance performing nude. I’m interested in creating a bridge between the visual and kinesthetic senses for the audience so that we can dismantle the tendency for viewers to objectify the nude female body. 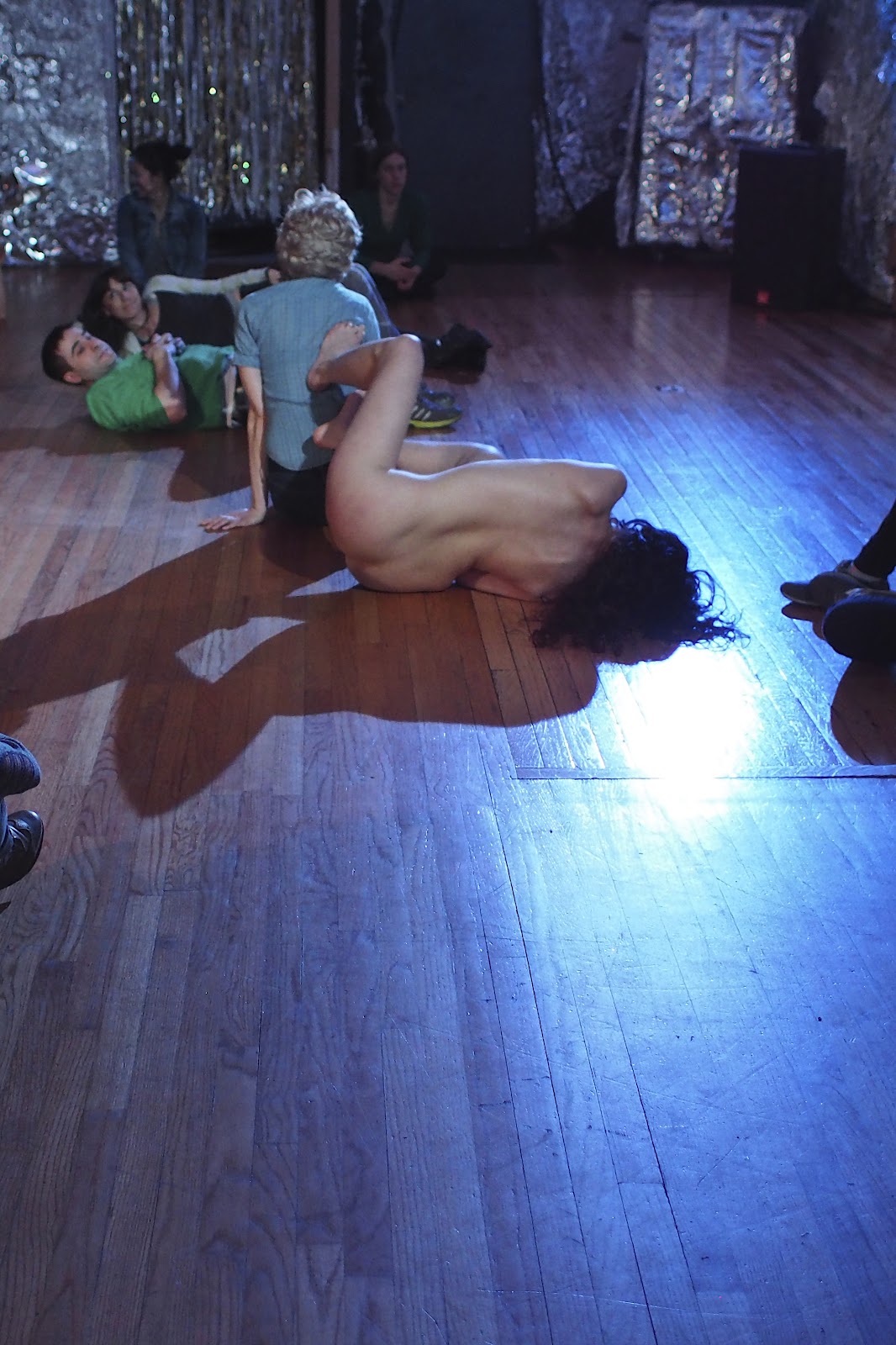 One of the biggest conundrums for dance artists is this: their relationship to their bodies is vastly different than many of their audiences’ relationships with their own bodies. When they look out into the theater they might expect to see recognition: to see people remembering what it is to be at home in their bodies or moving joyously within them, or even moving with great effort. But often it isn’t true, or it’s only partly true. Performers see—also and instead—watchers, observers, critics, voyeurs.
There is a reason people treat dancers as creatures. What dancers do, naked or not, is alien to so many. It is difficult then to cross the multiple chasms—to make real eye contact across the proscenium stage, across the gulf between types of embodiment, across the gap between exposed and anonymous, across the false-binary rift between and among gender(s).

My goal is to cross the chasm between audience and performer by preparing them proprioceptively, asking them to close their eyes and sense their own inner landscape before viewing the external landscape of my skin. But perhaps not everyone wants to feel the dance from the inside. I did not ignite Seibert's viscera. He never closed his eyes. His pen never left the page, and as far as I can tell he never found his clitoris. 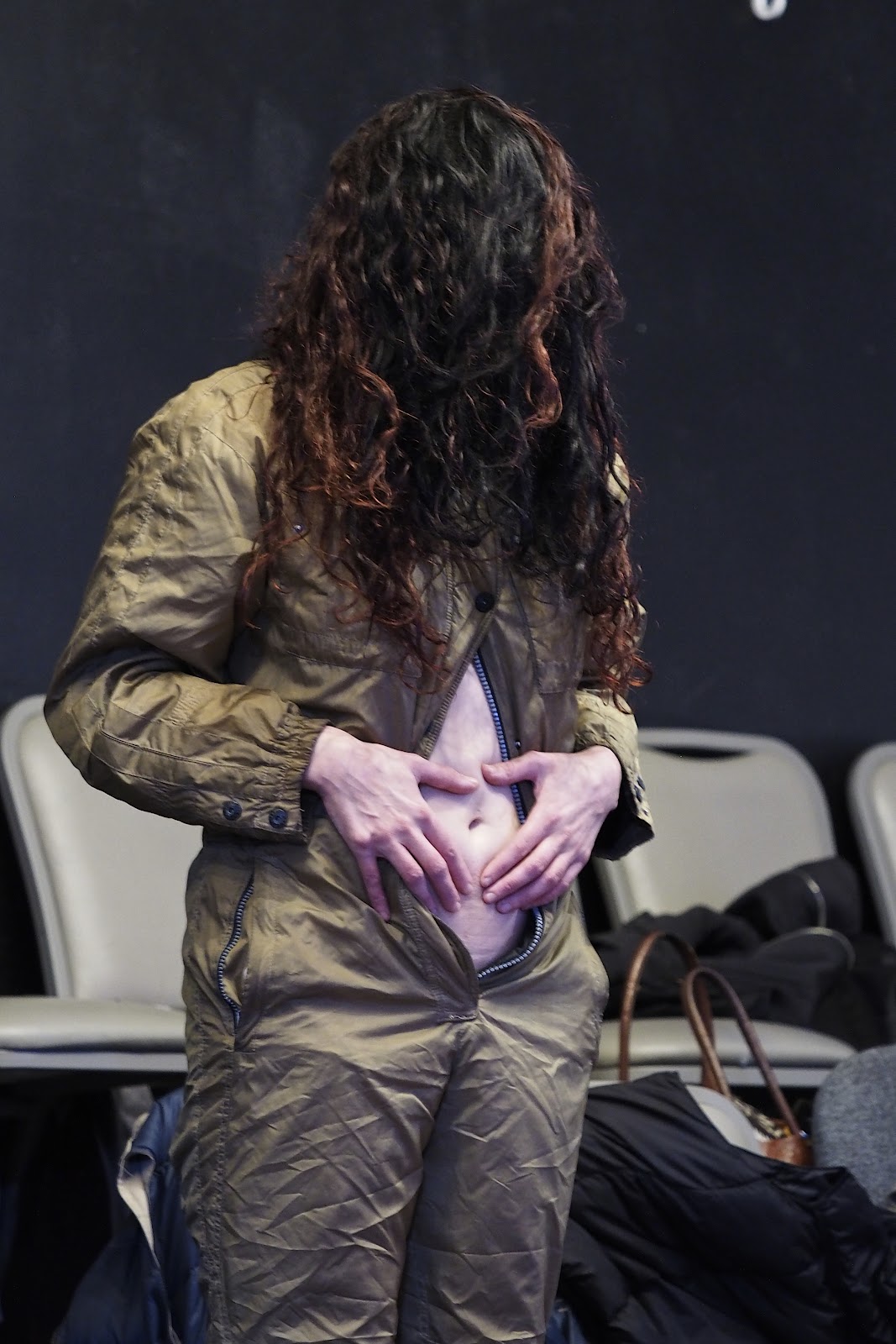